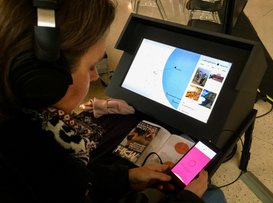 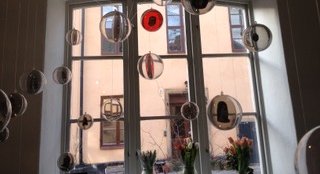 The first version of A story of belonging is out!

We, me and Gustavo Bentancor together with Duo Gelland, the fantastic violin Dou based in

Sweden and Germany worked with this in a very, very giving process that got even more interesting when the

Corona virus spread over the world. What is important, who am I, really? So far we have the sedish version, but we are working hard on the english one as I speak.

Also the Sound as Language-project are waiting to be published, some corrections need to be done,

2019 was the year when I more or less all the time had my hands in clay, lime, gravel,worked with wood, wool and rubber material building a house and a land with my family, that now contains goats to. It´s the year when many central perspectives of life changed, the future will be affected of this, for sure. At the same time Stories of Belonging was growing, as my CD that will be released om Tentakel Förlag in may -20. Sound as language, a sound art-material for school will be released by the same publisher.I did a try to start a music/sound art-movement for Climate change and realized that time was limited, so was my power. But the idea are only on hold!

World disorder goes to museums! Within the project Radiophonic spaces and in good company with Cage, Berio, Kagel, Kubisch and other great soundworkers! You can experience it all first in Museum Tinguely, Basel the 23th of October 2018 to 27th of January 2019.

4th of november until 10th of december it takes place in Haus der Kulturen der Welt, Berlin. After that, from 26th of July to 19th of September 2019, Radiophonic Spaces will be on display at the Bauhaus-Universität Weimar University Library as part of the 100 years of Bauhaus anniversary.

I am now starting the work with my first album, it will contain four of my soundart pieces that will be fixed and mixed during spring 2019.

The project about belonging have now started, we will work during 2018-2019 and first performance will take place autumn 19 in the north of Sweden, more information will come!

Project about the sense of belonging even though you stand outside, outside what?

A cooperation with Gustavo Bentancor, instrument builder and musician and Duo Gelland, violins. With support from the Swedish Arts Grants Committee.

World disorder, sound piece for documenta 14, EVERY TIME A EAR DI SOUN. The work will be played in 8 countries around the world during the period of documenta 14, that takes place in Kassel, Germany and Athens, Greece 8th of april to 17th of september 2017.

The pilot study of Sounds as Language where finished in 2016, now the plan and financiation for the main-project started.

An expanded version of Tittytainment are prepared for the exhibition at Tegen 2, Stockholm in februari the 17th.

Tittytainment, a soundart project inspired by the book The Global Trap by Martin and Schumann, 1997. Premiere at Gallery Errant Bodies in Berlin the 5th of september 2015.

Sounds as language, a political school project, a first study towards a soundart-based material to be used as plattform for class discussions in Secondary School. The prototype that the project will develope will be presentated in june 2016.

Die vier elemente, a project in cooperation with children in the age 6 to 8 in Pettenkoferschule, Berlin where we developed material and made a soundscape and together with the pianist Juliane Sailer, Germany.  It all resulted in a one hour long concert in combination with photos taken by the photographer Katia Liedle.

TRANSIT, a project founded by Statens Musikverk and a cooperation with Audiorama in Stockholm. TRANSIT involves

three composers: Ylva Bentancor, Savannah Agger and Hanna Hartman and the premiere where at Audiorama i Stockholm,

This work had it's premiere at the Gallery Errant Bodies in Berlin, Germany in november 2012. The subject of the

piece are the sounds people make when they express a common believe. The question that likes to be asked is: